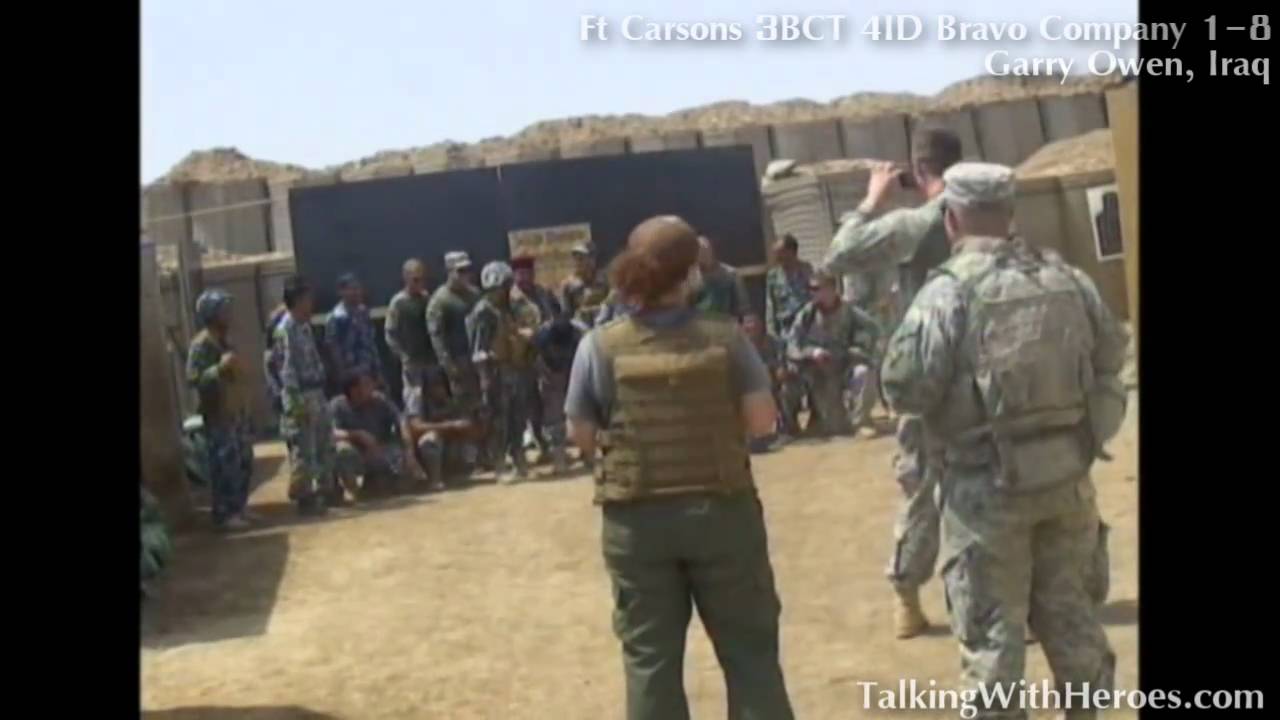 We have completed a mission with Ft Carsons 3BCT 4ID 1-8 where we filmed Iraqis training Iraqis with our soldiers assisting. Captain Nelson Bravo Company Commander talks about the training, the progress he has seen with his soldiers on this deployment and the progress he has seen as he is now on his third deployment to Iraq. Watch as the Iraqi Police and our Soldiers take a group picture
and as they are laughing together. You can also see Anna Sofie Hickson taking photos. Thank you to Anna for partnering with me on my fourth trip to Iraq.