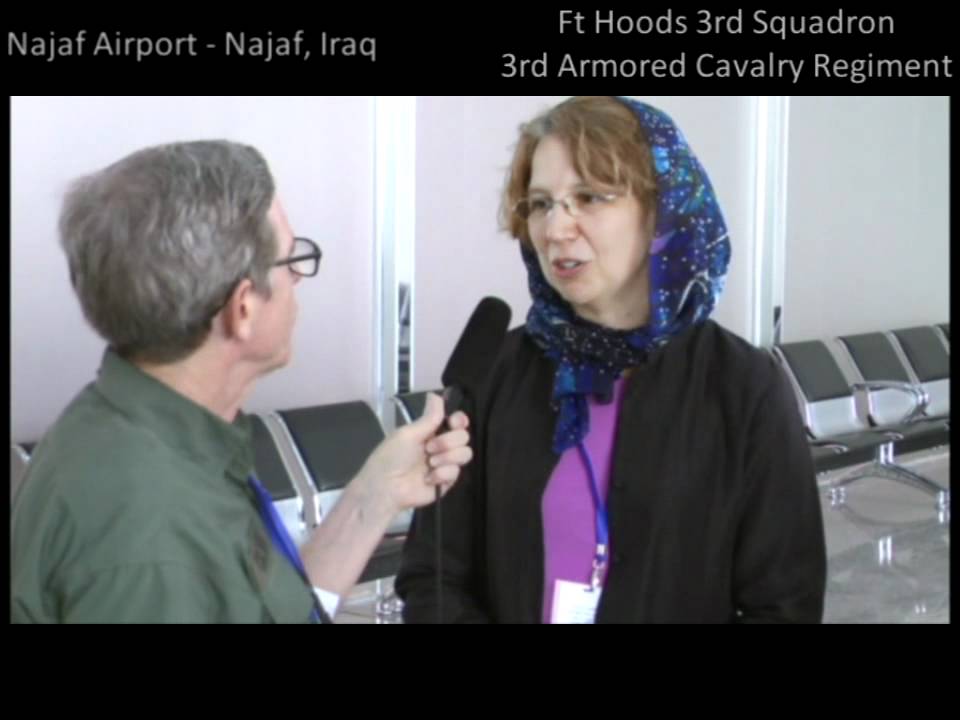 Watch the last interviews at Najaf, Iraq interviews at Najaf International Airport with Civilians Karen Malzahn the Najaf PRT Team Leader and Raoul Fischer the Najaf Public Diplomacy Officer. They talk about the accomplishments with their civilian team (including our friend Doc DeLeo) and with Ft Riley’s 3rd Squadron 3ACR Soldiers for the Iraqi people in the Najaf area of Iraq.