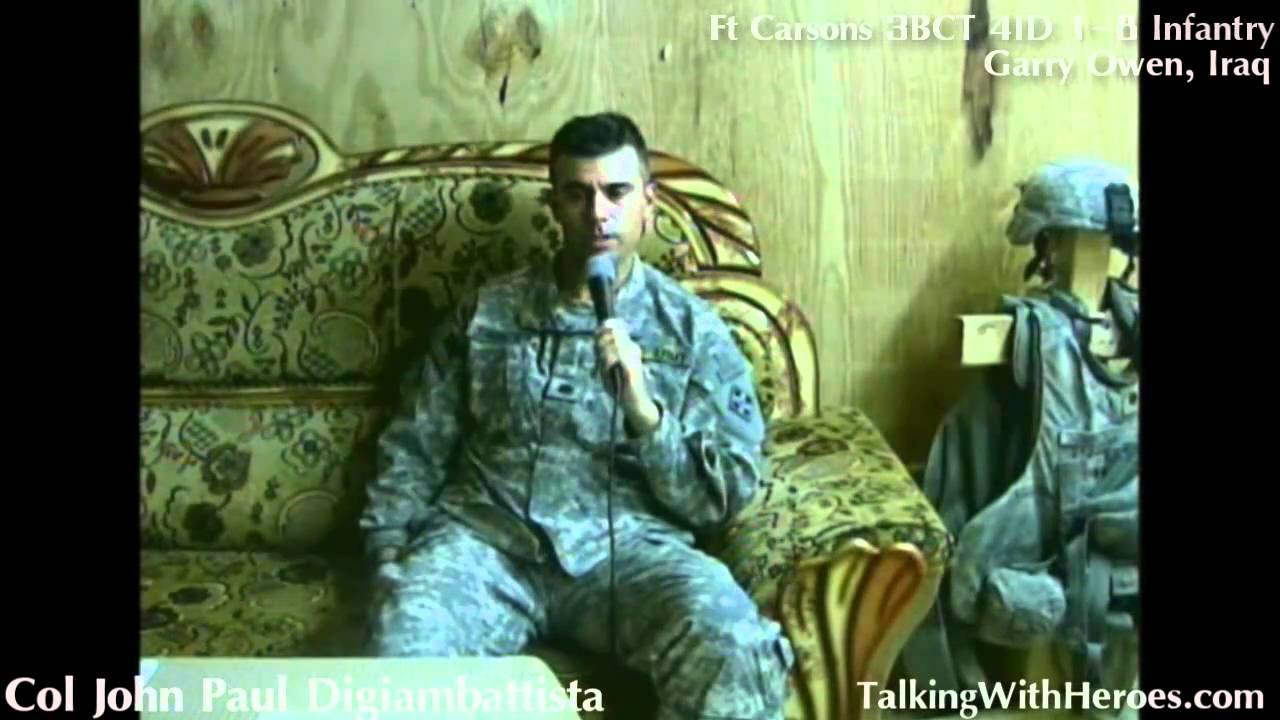 Watch Col Digiambattista has served in the Army for 19 years and has been deployed to Iraq three times. He compares this deployment to his previous deployments in Iraq 2005-2006 in Bacubah, 2008 in Sadr City in Baghdad. He gives a great overview of what he and his soldiers have been doing on this deployment, the progress they have witnessed, working with the Iraqis and the dedication and great work of his troops. This was our last interview in Garry Owen, Iraq.