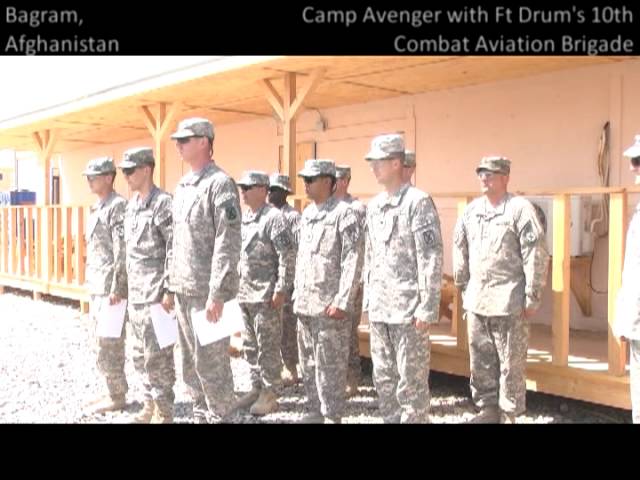 WATCH SSGT Todd Pouliot with 13 years of service and from Humberg, MN. He has five teenagers at home. He is the Public Affairs NCOIC, with Ft Drums 10th Combat Aviation Brigade serving in Bagram Air Field in Afghanistan. We filmed his interview in front of the Rats Nest. LtCol Stiller addresses the troops right before an award presentation. Colonel Pedro Almeida Commander of 10th Combat Aviation Brigade and CSM Kenneth Patton give the awards to the soldiers. Commander Colonel Almeida speaks to the soldiers in an assembly. Part 1

Semper Fi Design
289
Shannon Book does an acoustic cover of Staind’s Mudshovel on his front porch Click to rate this post! [Total: 0 Average: 0]You...