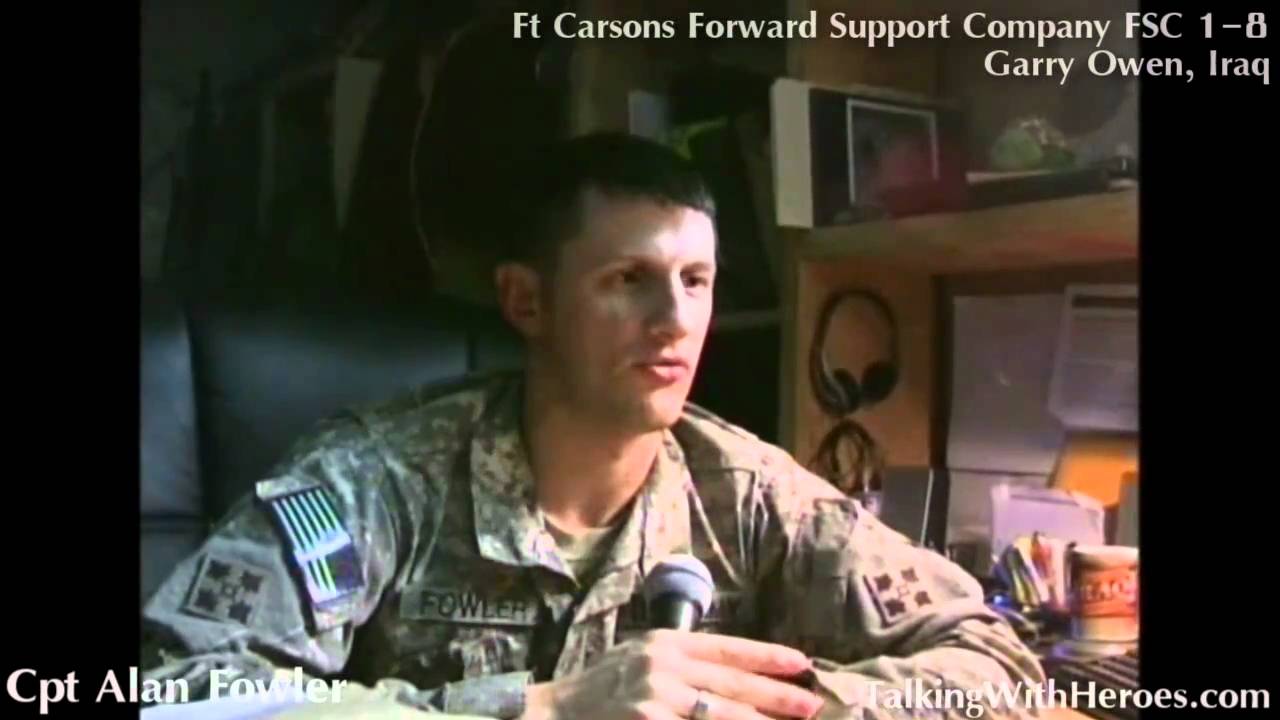 Watch as Captain Alan Fowler Commander of Ft Carsons 3BCT 4ID 1-8 Forward Support Company FSC talks about the progress they are seeing on this deployment, about the great job his troops have been doing. He talks about care packages and letters from home and what they mean to all the troops. I had previously had the honor of meeting Capt Fowler at Ft Carson when he worked with Major General Mark Graham. Part 1 of 2