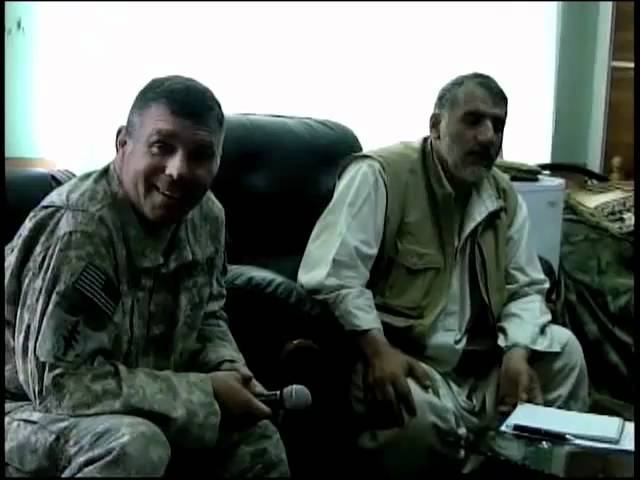 Watch as we talk more with Major Clayton Gardner with Vermont National Guard and with Afghanistan National Army Commander COL Rajab Khan Part 4. Col Rajab Khan is a former Mujadeen Commander from Froj Valley in Anega District. He is a partner of the Panjshir PRT and is developing a relationship with the current Governor. He talks about their history of driving out the Soviets and the Taliban and about their close relationship with the United States and the coalition. He talks about the progress and about his country, At the end we talk about me coming back over early 2011 and spend some time with him and his soldiers in filming more of the Panjshir Province in Afghanistan.

Semper Fi Design
271
Shannon Book does an acoustic cover of Staind’s Mudshovel on his front porch Click to rate this post! [Total: 0 Average: 0]You...